Pick-up from your accommodation or nearest meeting point by your driver.
Meet your guide and the rest of the group at the Sorrento Port and board on fast jetfoil to Capri.
Once on the island you will catch a minibus with your guide to reach Anacapri.
After a guided tour of Villa San Michele that hosted the famous Swedish doctor Axel Munthe, enjoy free time at leisure.
The second stop of the tour will be Capri town. A walking tour along the glamourous Via Camerelle; Continue along a panoramic alley to reach Augustus’s Garden. Stop in the world known “Piazzetta” for some free time.
Return to Sorrento by Jetfoil at about 4.30 pm and transfer to your hotel or a nearby meeting point.

PLEASE NOTE:
Due to the presence of uneven surface, this tour is not recommended for a wheelchair user or those with walking difficulties.

CANCELLATION POLICY:
Total refund is issued for cancellation received up to 24 hours prior to the tour. 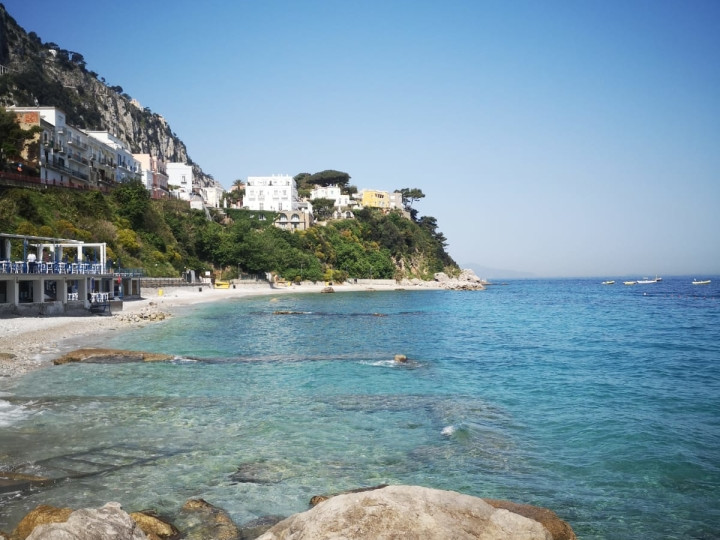 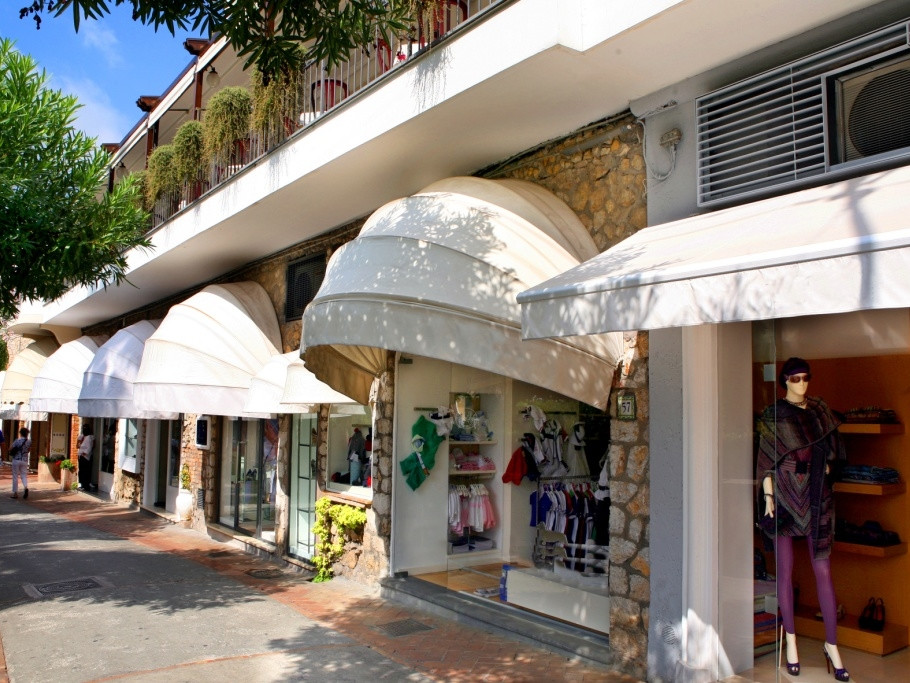 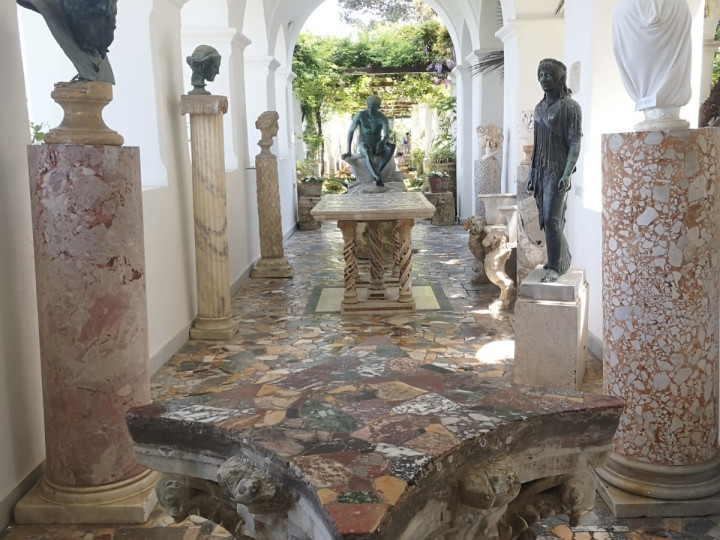 Operating from 09 April till 31 October 2023 - Departure from Sorrento

In Anacapri you can visit the famous Villa San Michele, which was bought and restored in 1895 by Swedish doctor Axel Munthe, who fell in love with the ruins of an ancient chapel, consisting of a few crumbling walls. While doing restoration work in the adjacent vineyard the remains of an ancient Roman villa came to light, he decorated the new house with numerous archaeological remains that may be observed in the original construction of Munthe. The restoration lasted many years. The story of his life is told in an autobiography, he wanted to call it "The Story of San Michele”, which also contains all phases of the restoration and it was published in 1929, and proved to be one of the most read books in the twentieth century. Upon his death in Rome in 1949, Munthe left the house to the Swedish state. Today it is owned by a Swedish foundation that has transformed it into a museum where, in the summer, beautiful classical music concerts are held.
Free time in Anacapri for lunch, and those who want to shop will be spoiled for choice given the wide variety of typical products and clothing etc. .. For nature and landscape lovers there will be a nice opportunity to get the chair lift that arrives at 600 mt. around the summit of Monte Solaro, the highest point of the island. Continue to the famous "Piazzetta" of Capri, meeting place of VIPs and vantage point of great beauty. Then you can have free time for shopping or go for a short walk to the Gardens of Augustus, which are very relaxing, and also have a breathtaking views, after crossing the streets of Capri, full of shops and sparkling windows. The gardens were commissioned in the '30s by the German steel magnate Krupp, who also wanted to achieve, a masterpiece of engineering made of winding roads above the sea, linking the gardens and the Certosa at Marina Piccola .You will return to the port at Marina Grande, time and weather permitting, you can enjoy the beauty of the coast of the island with a boat ride or visit the Blue Grotto which is known throughout the world for its size, and for its intense blue and silvery white water reflecting immerse objects. To enter the Blue Grotto you have to climb in a small rowboat, lying on the bottom, you cross the narrow gap opened in the natural rock. It is impossible to do on days when the wind blows south-west or northwest. The entrance to the Blue Grotto is a small gap in the rock wall, about 2 meters wide and high, which is about 1 meter above sea level. Abandoning the oars the rower pushes the boat into clinging to a side chain on the ceiling of the entrance. The interior is all light blue, once called the Blue Dome, it has an average height from 7 to 14 feet, the erosion of the cavity is about 60 meters long and 25 wide. The cave continues with the Hall of Pillars, three communicating branches that converge in the Hall of Names, so named for the many visitors signatures affixed to the walls, and the Passage of Corrosion, to the last accessible point, the Hall of Corrosion . The blue colour of the Blue Grotto is due to the fact that daylight enters through an underwater window that appears right under the entrance, thus undergoing a change of colour, which absorbs the red colour and lets blue filter through. It is believed that the interior of the Blue Grotto in Roman times, the time of Tiberius, was used as a marine ninfeo, there have been those who have imagined it as a place where the Nereids or Syrens and those who believed it was the kingdom of devils, intimidating anyone who dared enter. In the afternoon return to the port of Sorrento and subsequent transfer by minibus to your hotel where you can reflect on why Capri is defined as one of the most beautiful islands in the world!!!