The monastery built by the Discalced Carmelite Fathers, now the seat of the Benedictine Sisters of Saint Paul, is built on the hill that gives its name to the complex: The Desert.

On the terrace of the building there is a panoramic viewpoint overlooking the Gulf of Naples and Salerno, offering a natural spectacle without equal.

From here on it is impossible to remain indifferent to the combination of colors, to the depth of the horizon that seems to favor more the imagination, than the eye of the observer.

Near the monastery, and more precisely in the locality Vadabillo was found a necropolis containing several tuff sarcophagi.

During the excavations, an ancient amphora has been unearthed depicting a winged mermaid.

Some scholars argue that this finding, along with other indications obtained from other excavations, may suggest that on this hill, a temple dedicated to the mermaids was erected, which legend wants placed in these waters.

Termini is a viewpoint on the island of Capri and a starting point for impressive excursions to the Promontorium Minervae.

The town of Termini, facing the island of Capri and on a hill at the foot of Mount San Costanzo (300 meters above sea level), boasts an enviable location with beautiful views.

About 100 meters above sea level, the hamlet of Marciano extends on the western side of the Tore di Termini, between the peaks of S. Lorenzo and Bacoli, just in front of the island of Capri. The name of the village probably originates from that of a Roman family that once owned a villa in Punta S. Lorenzo.

An unforgettable excursion aboard a characteristic train in the mythical land of Ulisses.

Through the hills of St. Agata to the historic hamlets of Massa Lubrense.
The splendid panoramic scenery of Capri; the views of the Bay of Salerno and the bay of Naples.
You will taste mozzarella, olive oil, limoncello, jams, preserves and other delicacies that the farms of this flourishing land offers.
The tour lasts about 3 hours. 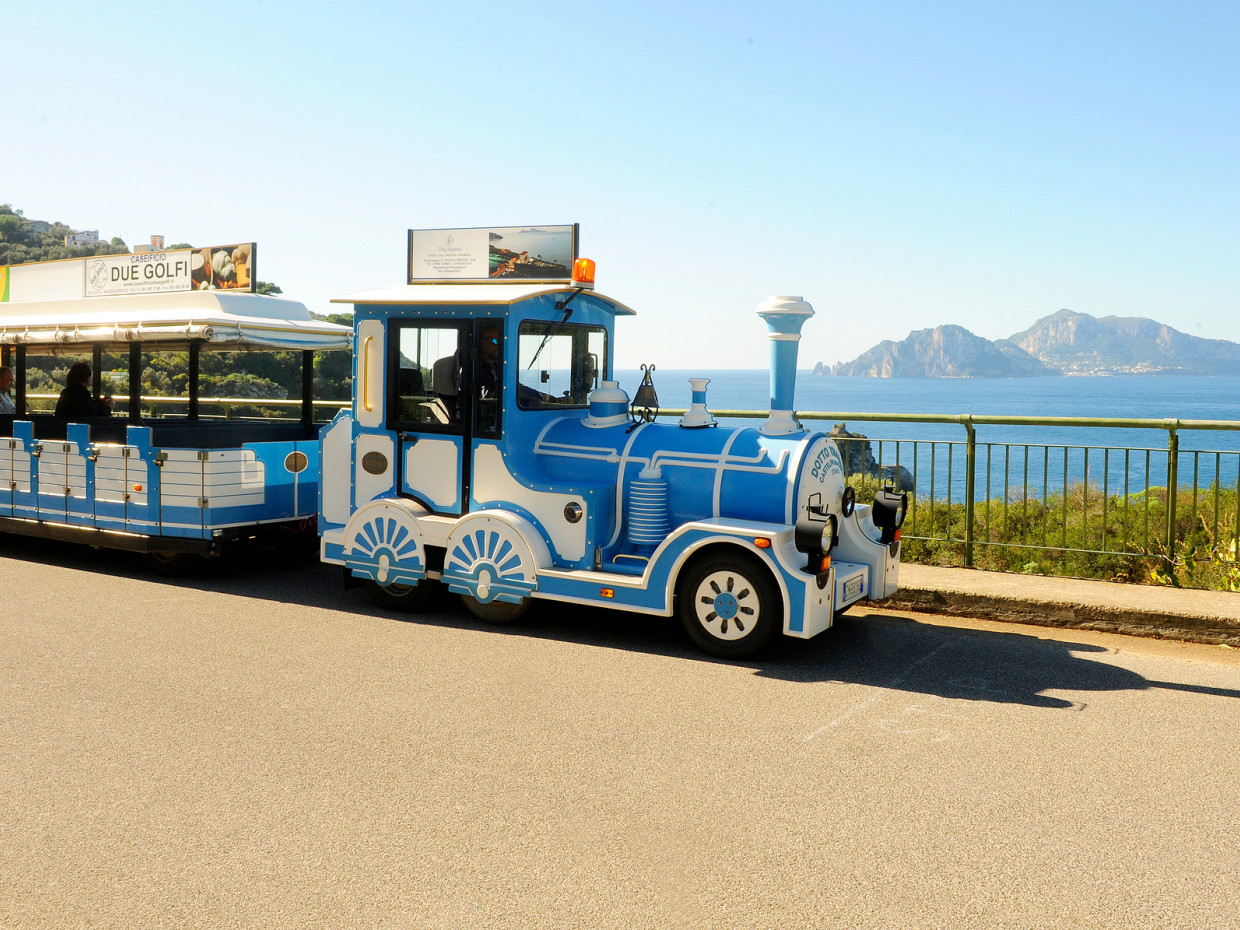 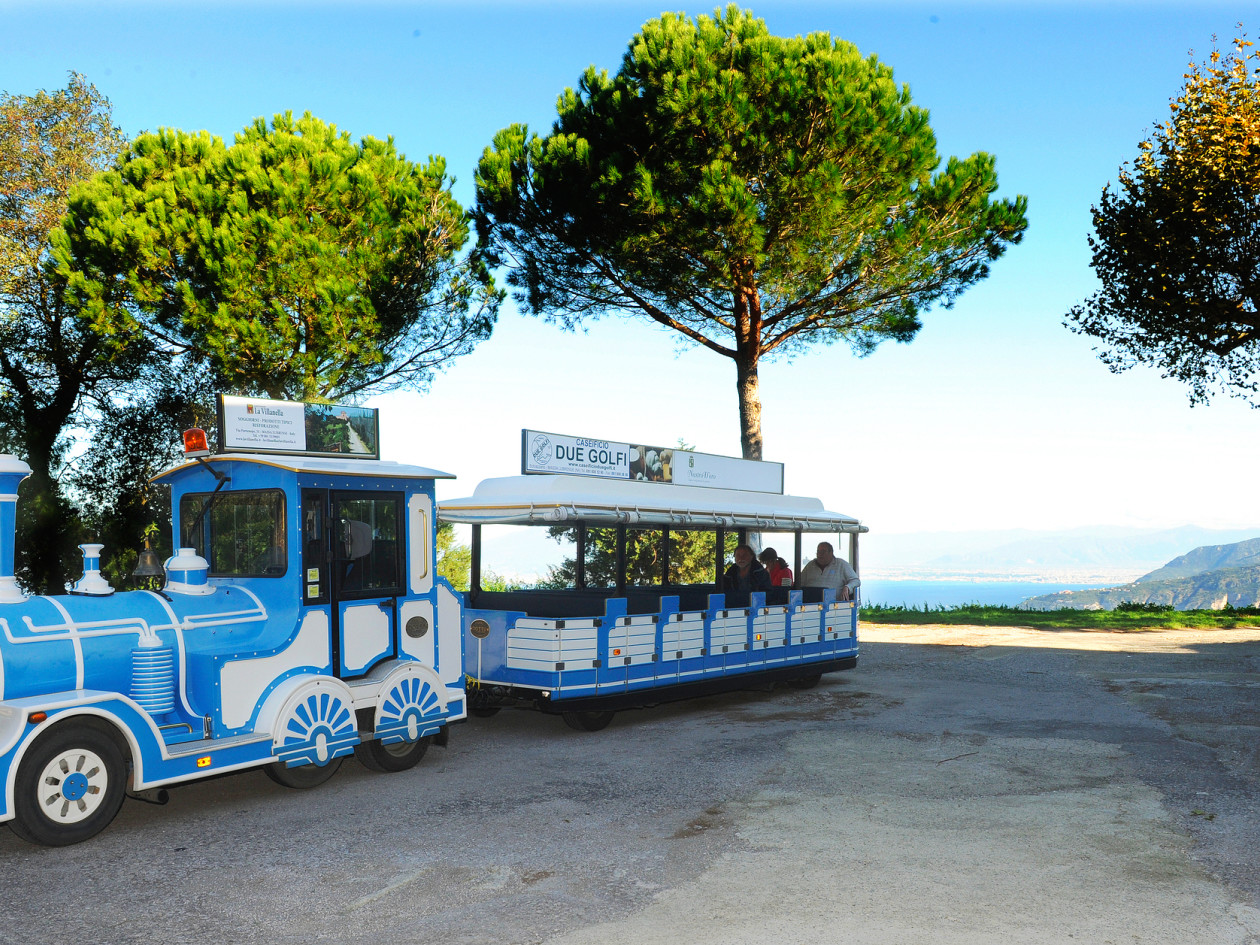 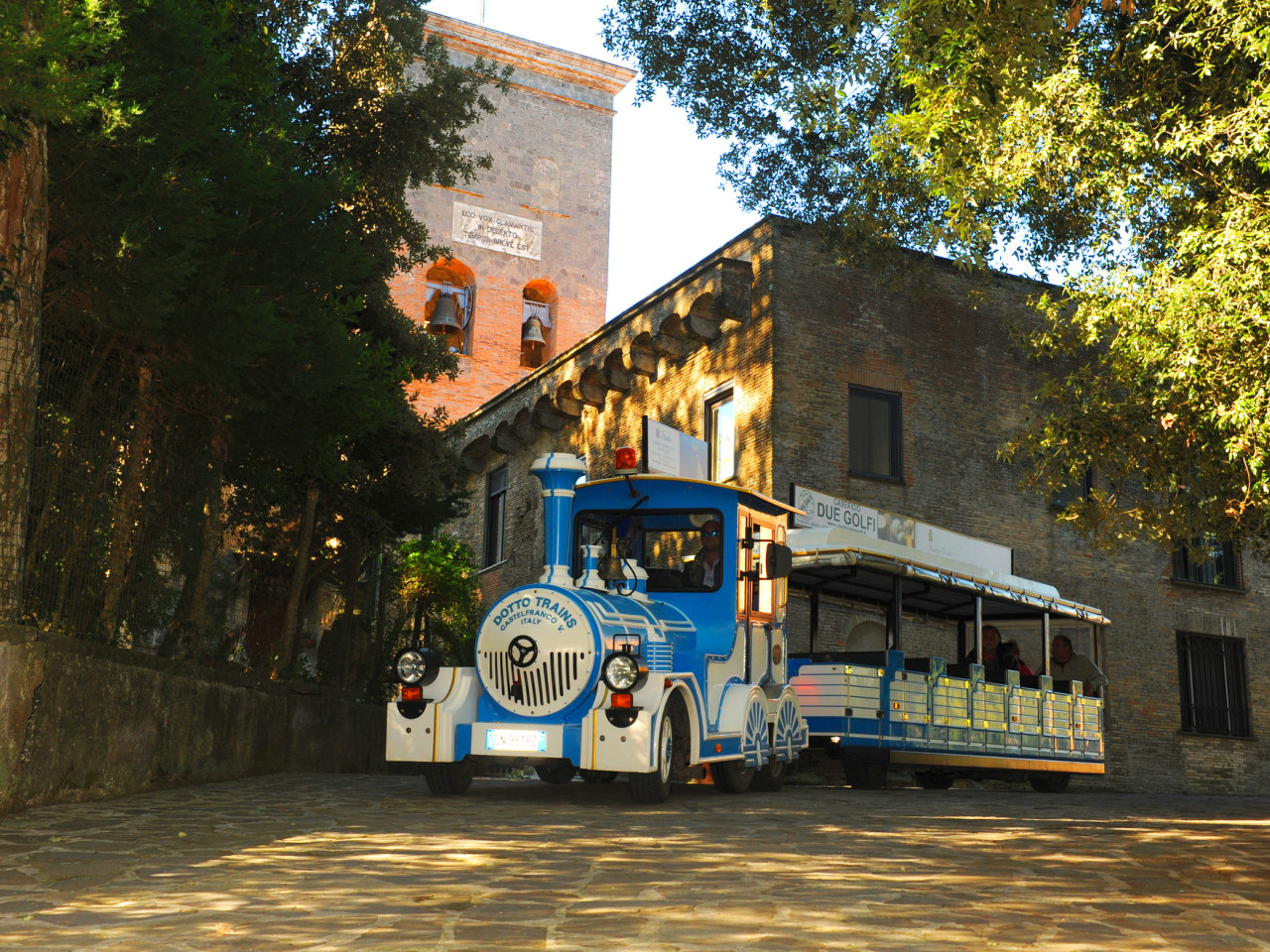