The tradition of two centuries of Neapolitan dances!

Upon arrival at the theater, guests will be welcomed by costumed artists for a welcome drink on the terrace or in the foyer (prosecco or soft drink).
Afterwards, if desired, they will be accompanied on a visit to the photographic exhibition on the TARANTELLA SORRENTINA from the 1950s to the present day.
In the hall there is a moment of curtain show with live music (guitar & mandolin).
The show is a cheerful and engaging succession of tarantella dances, Neapolitan macchiette (Pulcinella, Lilì Kangy), famous songs ('O Sole mio, Torna a Surriento, Funiculì Funiculà), in a constant involvement of the public with interventions in the audience of the artists and public participation in choreography and stage games.
The highlight of the show is the creation of a large orchestra with the involvement of over 40 spectators with popular music instruments (triccabballacche, putipù, scetavaisse, caccavella), the orchestra is animated and directed artfully by our Pazzariello in a series of hilarious musical gags.
Finally, the show ends with the release of the public and the artists in the foyer for a grand surprise finale. 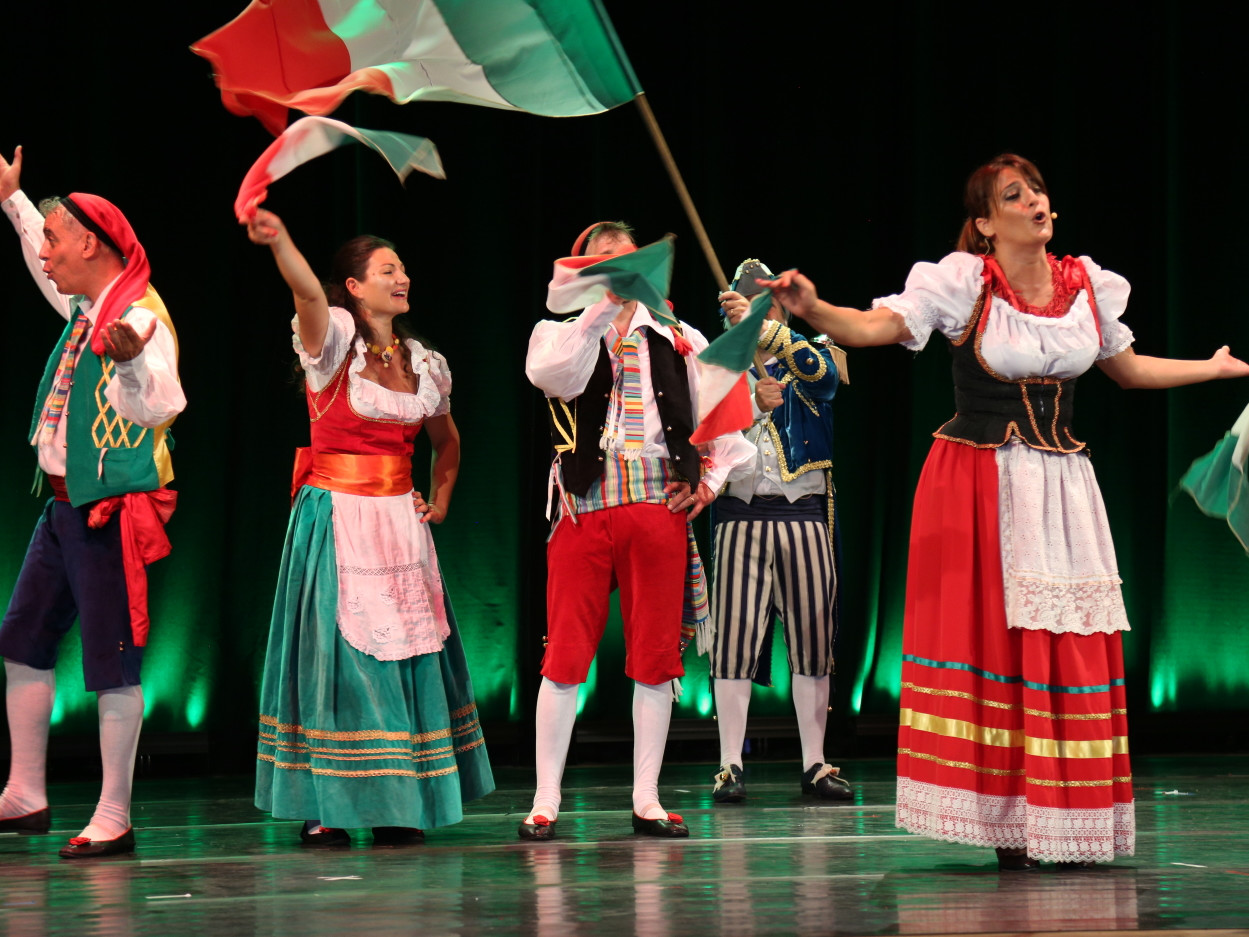 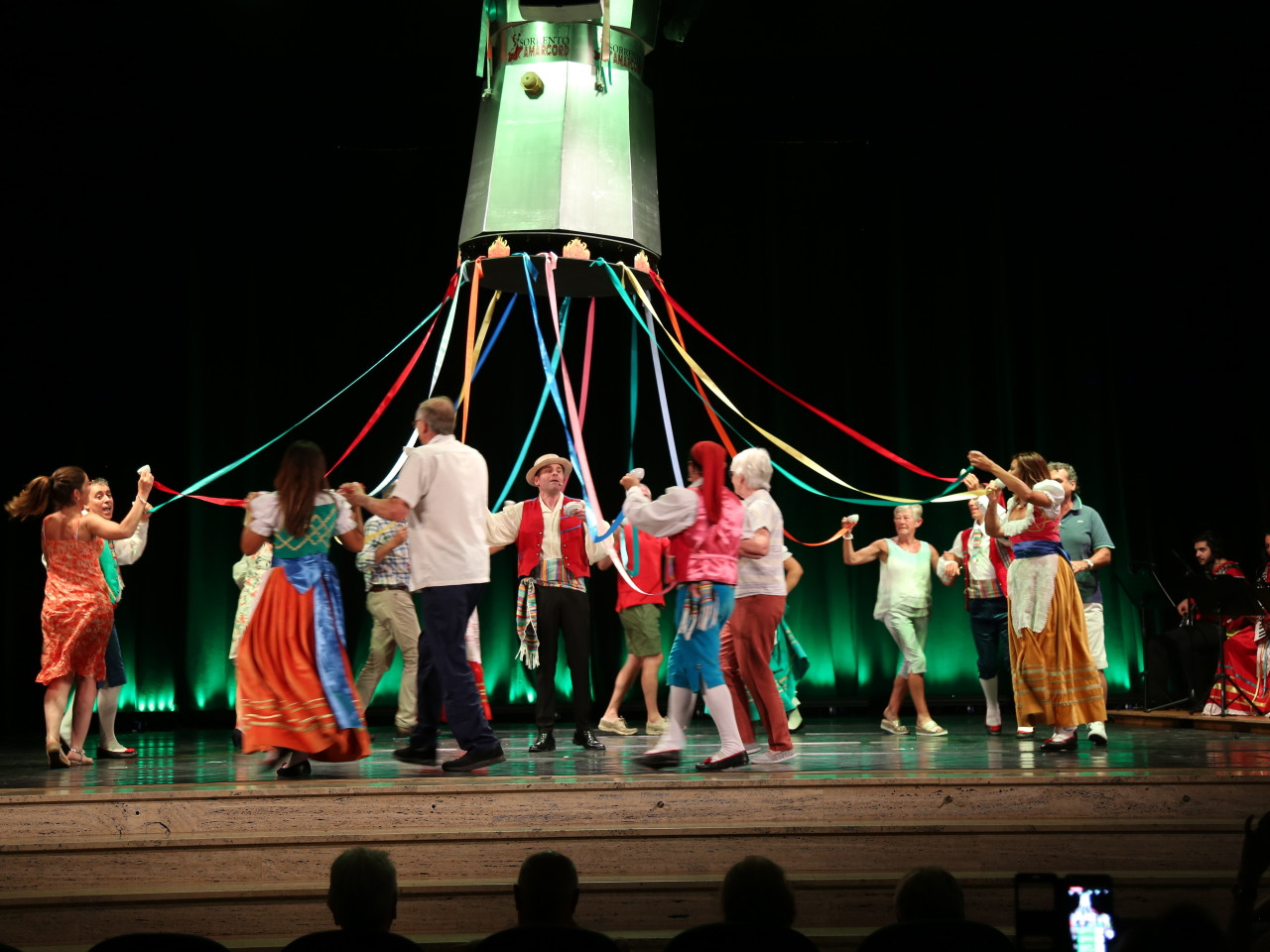 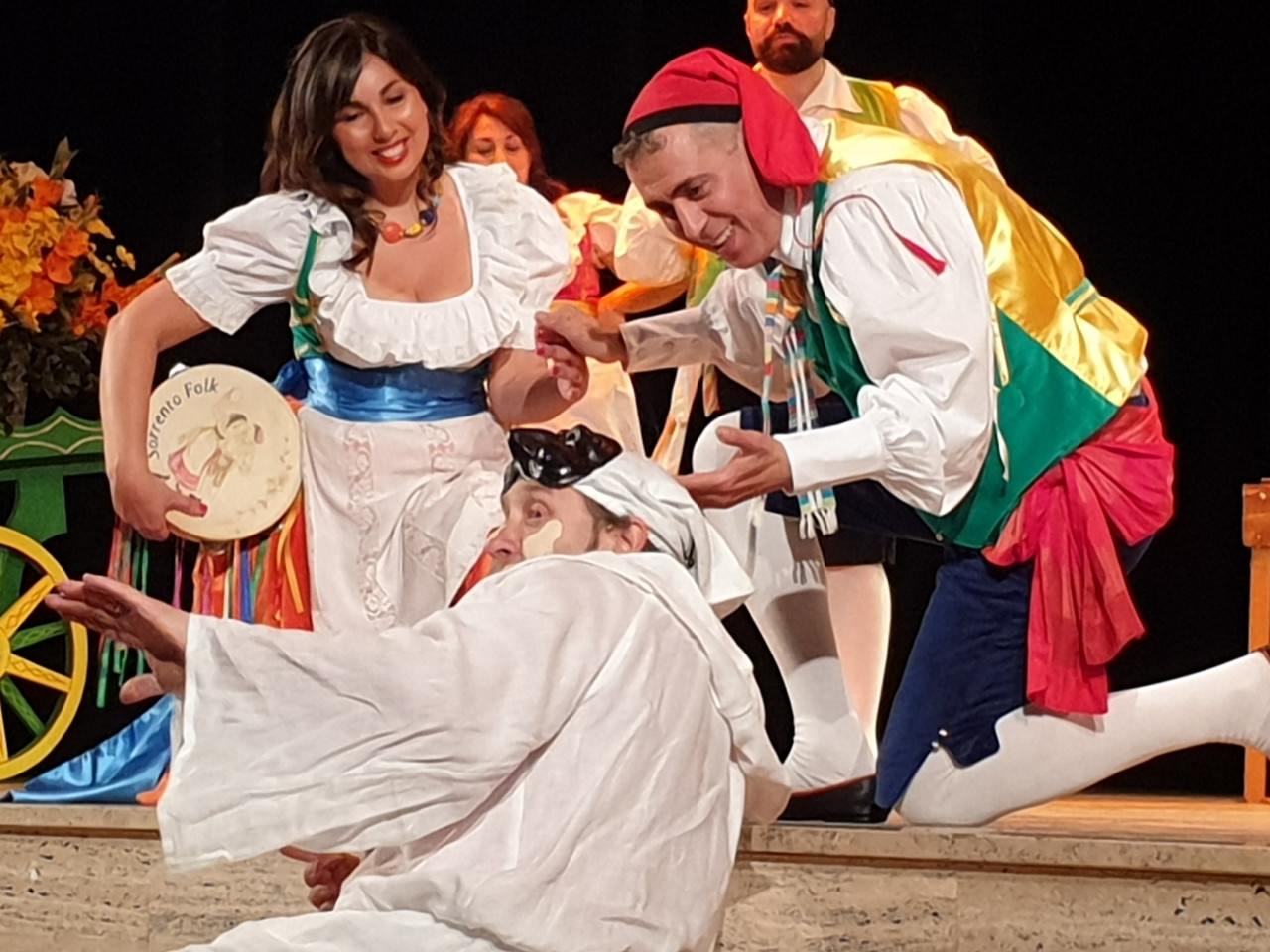